Do you need a pick me up?  There is nothing like feel good women’s fiction to turn your blahs into ahs.  Sometimes you want to read something deep and thought provoking and sometimes you just need a book where you know that there is going to be a happy ending.  Our latest picks for DIVINE Reads will keep you smiling even when you don’t know how it will all end.  We couldn’t decide which book to feature for feel good women’s fiction, so we reviewed both!

Book #1: The Day We Meet Again By Miranda Dickinson 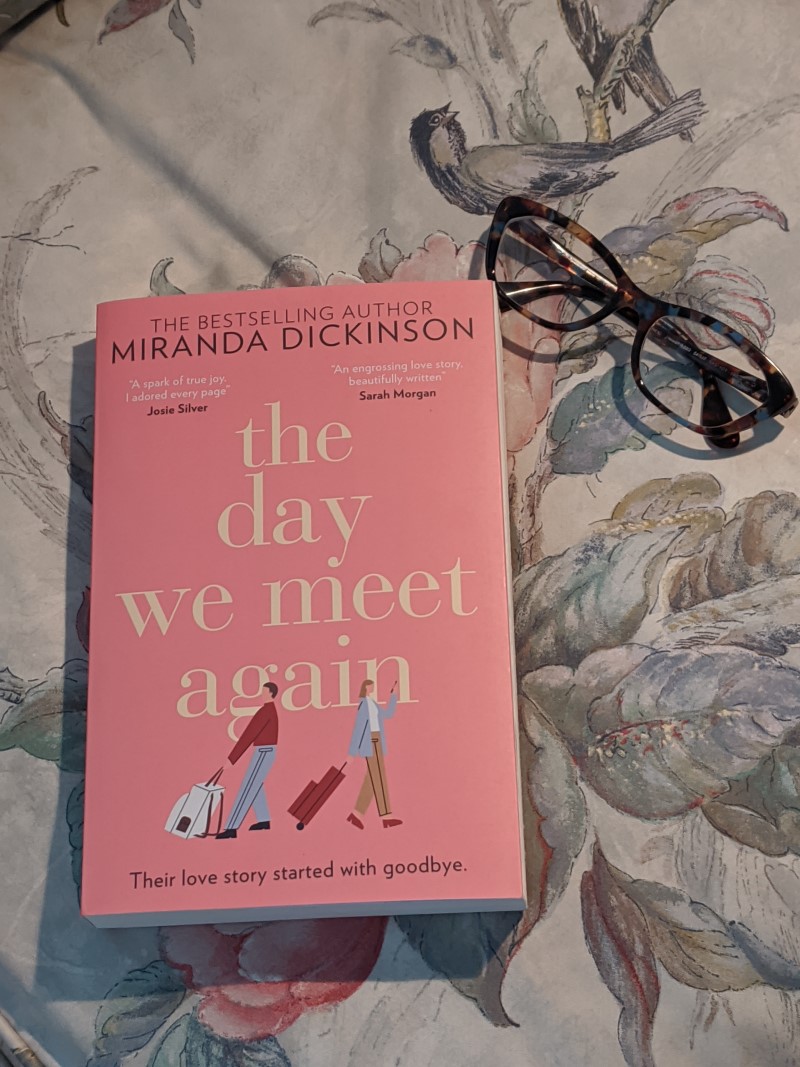 Their love story started with goodbye…

“We’ll meet again at St Pancras station in London, a year from today. If we’re meant to be together, we’ll both be there. If we’re not, it was never meant to be. …”

Phoebe and Sam meet by chance at St Pancras station. Heading in opposite directions, both seeking their own adventures, meeting the love of their lives wasn’t part of the plan. So they make a promise: to meet again in the same place in twelve months’ time if they still want to be together.

But is life ever as simple as that?

When you begin reading this book, you think it will be a cross between the movies “An Affair to Remember” and “Before Sunrise”.  The characters do stay in touch and each has some baggage that accompany them on their trips, and by that we mean emotional baggage.  The story didn’t feel far-fetched.  The ups and downs of a long distance relationship that started with a chance meeting felt authentic.

The character of Sam was especially real and fleshed out.  You could feel why he was hesitant in parts of the book.  His backstory was well thought out and the more emotional of the two.  Phoebe was still very likeable, but it felt like she had less to overcome in her journey.  It was more about expanding her horizons.

There were surprises in the plot and there were moments that will choke you up.  The book is well-paced and an enjoyable story with characters that do seem made for one another.  It will make you want a to chances in your own life and see them through. 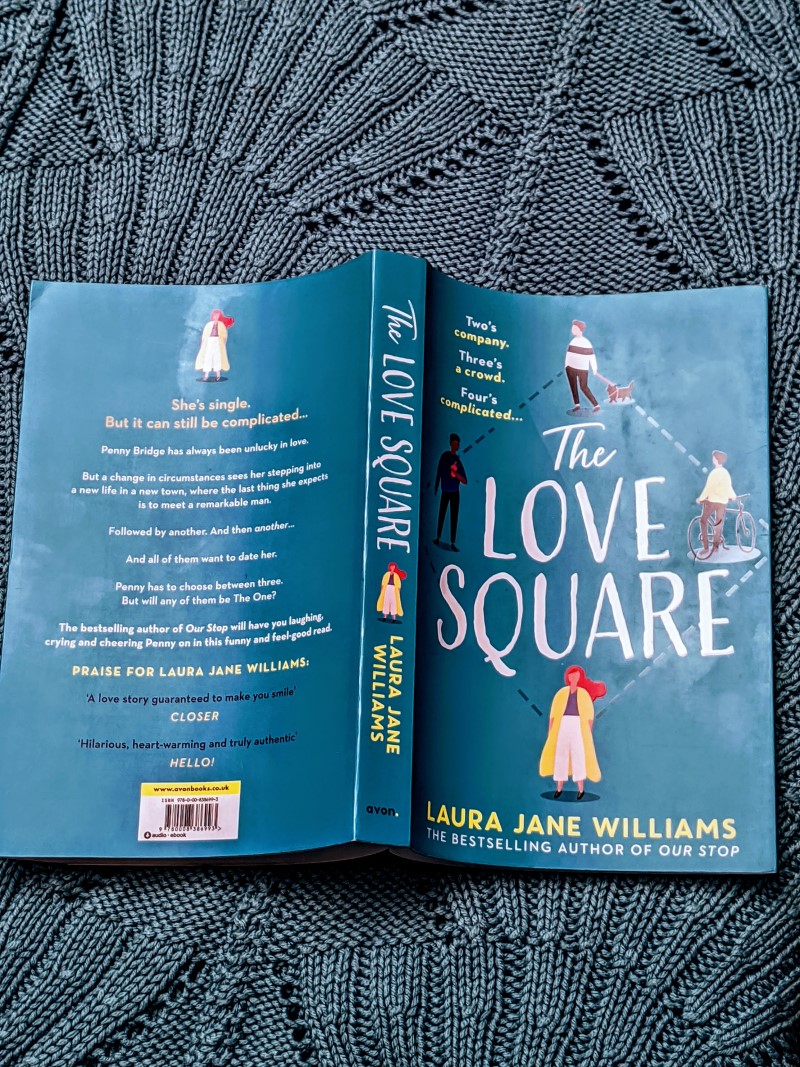 She’s single. But it can still be complicated….

Penny Bridge has always been unlucky in love.

So she can’t believe it when she meets a remarkable new man.

And all of them want to date her.

Penny has to choose between three. But are any of them The One?

This is definitely a feel good book.  Laura Jane Williams creates witty, fun stories, like “Our Stop” and “The Love Square” is no different.  If you just go by the cover, and even the description, they don’t describe the emotion of the book.  Penny has been through a lot. We won’t spoil the story, but suffice it to say, that her life is complicated, even without a trio of men vying for her attention, at least temporarily.

Circumstances take her away from Francesco, Guy #1, who she meets in London.  She temporarily takes over her Uncle’s pub in Havingley, where she meets Guy #2, Thomas, who makes her appreciate the small town, but their arrangement is unusual.  She also meets Guy #3, Priyesh at the pub.  For someone who has never had an easy time with men, Penny is overwhelmed by her suitors.

You will root for Penny during the first half of the book. She is feisty, strong and smart.  She becomes more trying because of her inability to make a decision, that should be obvious during the last half of the book.  “The Love Square” does end on a high, and Penny does redeem herself.  The likeable supporting cast of characters including Penny’s sister Clementine and Charlie, her co-worker at the pub, help move the book along.

Feel Good Women’s Fiction is perfect this time of year when you want to get lost in a book, and just enjoy the journey.  “If Only” by Kate Eberlan, is another book in this genre that we reviewed on DIVINE and if you are looking for more book recommendations, keep checking back. 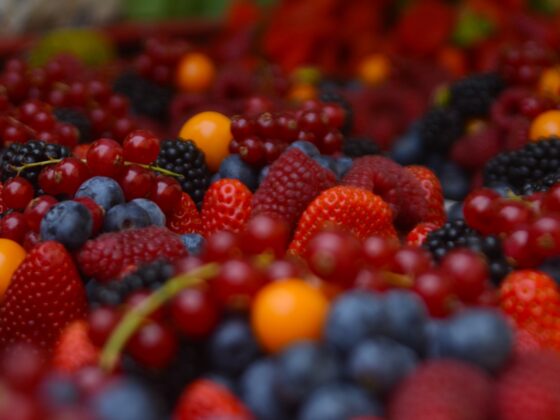 Berrylicious is the Freshest Fall Colour to Wear Now 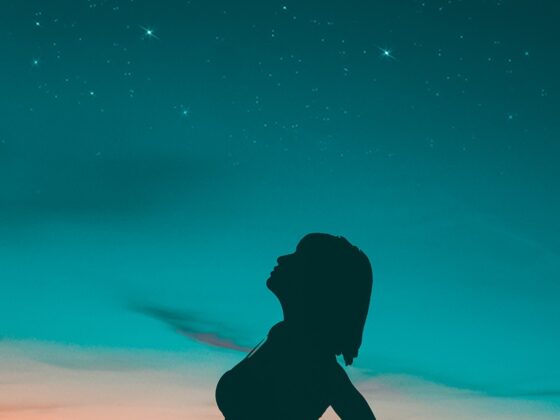