Winter can sometimes seem long and boring for those who do not like outdoor activities. Lucky for you, you can spend the day indoors with hot chocolate, wrapped in blankets in front of a good series: what’s better? That’s why we’re offering you this Netflix series list of shows that you shouldn’t miss — our gift to you!

The series takes place in a future universe that looks a lot like the one we live in right now. The black mirror is symbol for the presence of screens in our life. From a satirical and sometimes darker angle, the series considers the consequences that new technology could have on our society and human nature. Each season and episode has a different theme and do not necessarily follow each other, but we advise you to start at the beginning. After watching this series, you may not see the world the same way.

For those who love everything royalty, you will love Netflix original, The Crown. The series follows the life of the Queen of England, Elizabeth II, and her entourage, with each season covering an important decade of her reign. It is rumored that there will be 6 seasons in total. The first season presents the marriage of Elizabeth and Philip, her accession to the throne, her first years of rule and her relations with the political world and royal protocols. The second season is about the couple’s relationship, Philip’s difficult past, and Prince Charles’s education. Season 2 also addresses the escapades of Elizabeth’s sister Margaret and her wedding with photographer, Antony Armstrong-Jones. The series has recently been nominated for two Golden Globes, one for Best Actress and one for Best Drama Series Series.

For those who love series mixing psychology and murder, this series is perfect for you. The series is inspired by the book Mindhunter: In the Head of a Profiler. We are transported in 1977, when profiling and criminal psychology were not yet fully developed within the FBI. This story follows agents Holden Ford and Bill Tench, who talk to several serial killers and with the help of psychologist Wendy Carr, as they try to identify the personality of several murderers. The series was already renewed for a second season before the first even aired.

Master of None ( 2 seasons)

The series focuses on Dev’s life, played by Aziz Ansari, who is a thirty-something advertising actor living in New York. The title of the series is based on the English phrase “Jack of all trades, master of none,” referring to a person with multiple skills, but no specific talent for any. The series is full of charm and humor, and it is very entertaining to see everything that happens in the rather ordinary life at first glance of Dev. The first season has been in several top 10 series and won prizes for both Aziz Ansari’s acting talents and the production of the series itself. Season two follows this momentum with 1 prize won at the Goldens Globes for Best Actor in the comedy category, and a nomination for Best comedy series .

For those who love westerns, this series is for you. Godless is the story of an outlaw who terrorized western America in 1880 named Frank Griffin. He is looking for his protégé, Roy Goode who betrayed him. Goode is hiding in La Belle, New Mexico, a city that, for some mysterious reason, is populated by women; they are the ones making the laws. The population of La Belle will do everything to protect themselves from Griffin. The season only has 7 episodes, but expect a sequel for this Netflix original.

If you’re a fan of 1980s fantasy or science-fiction movies like Steven Spielberg’s or Stephen King, you will love Stranger Things! It all begins one evening in November 1983 in the city of Hawkins, Indiana. A twelve-year-old boy named Will Byers disappears without a trace, leaving behind only his bike. Several people search for him, including his mother, the chief of police, and his friends who are guided by Eleven, a young girl with psychic powers. During this time the city is under the influence of a supernatural phenomenon caused by the CIA and the Department of Energy with the MKULTRA project, which could be responsible for the disappearance of Will Byers. Season 2 is the result of this supernatural phenomenon — and even more adventures awaiting you. The series has been nominated for two Golden Globes this year (best drama series and best supporting role).

This series follows James, a 17-year-old who considers himself a psychopath because in his free time he likes to kill animals. He meets Alyssa, a classmate who is a bit rebellious and dreamy. They decide to run away from their homes to go on a road trip together. James intends to kill Alyssa, as a way to kill something other than the small animals. Everything changes when he begins to have feelings for her. This series is both tragic and comical. No road trip is more awkward and hilarious at the same time than this one. There are only 8 episodes available on Netflix at the moment.

This Spanish miniseries is a gem that you will devour it in record time. The series is 13 episodes. A mysterious man named El Professor (the teacher) plans the best robbery ever organized. He decides to recruit the best criminals in the country who have nothing to lose. They will infiltrate the Real Casa de la Moneda, which is the Royal Mint of Spain, and print 2.4 billion euros in less than eleven days and without spilling any blood. As a security measure, the criminals  take 67 people hostage including Alison Parker, the daughter of the British ambassador. The attention to detail of the plan is breathtaking to see.

What is your favourite show to binge watch on Netflix? 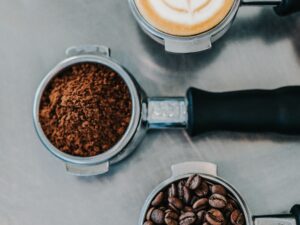 Get Your Silhouette On! 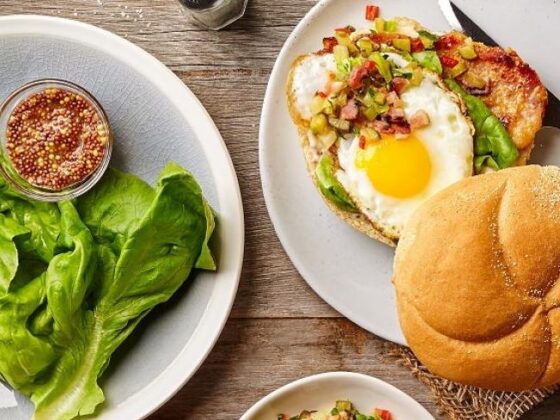