Ami Vitale is many things. Photojournalist, filmmaker and writer. One of her most important roles though, is a conservationist. She lives and breathes the wildlife and Indigenous populations that she photographs. As a filmmaker, she most recently shared the story of Shaba, a 15-month-old elephant calf  that was airlifted from the Shaba National Reserve after her mother was shot dead by poachers. At first Shaba was traumatized, and she charged at anyone who crossed her path. She later became the matriarch of the orphan herd and gave her keepers and Ami Vitale so much more than they ever thought possible.

In part 2 of our #WomenInspiringWomen, we find out more about her connection to the Samburu people, the Reteti Elephant Sanctuary and how much we can learn from wildlife. The TreadRight ambassador also shares what we can do to be more responsible tourists.

You have spoken in the past about the power of photography in raising global issues. How can you use this power to break through the clutter of bad news stories?

To break through the clutter of bad news, you have to have patience and invest time into each story. It’s also important to be stubbornly optimistic and have a kind of relentless ability to stick with each story until you get it into the world. Expect challenges. The stories that I cover now, may on the surface look like they are only about adorable animals. There is so much that goes into this work. There are physical, political challenges and environmental challenges. My advice is to avoid trying to cover too many stories and instead, stick to covering a few stories and go deep into them. It takes time to actually see a story in its richness and fullness. It takes years for that story to unfold. It’s layered and there are ups and downs. If we are going to talk about conservation for example, it is sometimes messy. It’s not perfect. You have heart-breaking moments and then these wonderful wins that you often do not see right away.

Going slow, taking time and truly listening is important. Very often, we go into a story with our own perspective of it, and we think we understand it. Actually, after years of learning and building relationships, you just laugh at yourself realizing how little you knew in the beginning. People can often see when a photo is authentic. They intuitively know that it’s real.

As a photographer, it happens when you take the time to build authentic relationships. Anyone can look at a picture and understand it. The power and beauty of photography is that it transcends language. It doesn’t matter who you are, where you come from, what language you speak, what religion you follow. You can instantly understand humanity, a story and it can cut across all of those things that divide us. That is the power and beauty of photography and why I am drawn to it. But, all of those pictures are not things that I just showed up for and got a lucky shot.

Samburu women are the first Indigenous, female elephant keepers. Tell us a little bit about how that happened?

The community supported this idea and the first group of women were so successful that they have become role models for so many other women in the community. They went from once fearing elephants to now being their greatest protectors!

How did you find out about Shaba?

I had heard about this idea to create a sanctuary in northern Kenya years before they had the resources or ability to do it. A lot of people thought it was an impossible dream and could never happen. They did not have financial support or political clout but after meeting them, I knew in my heart that they could and would do it! I kept in close touch until the day the first elephant arrived. I was in Germany giving a talk and I got the call as soon as I got off of a stage.

I quickly booked a flight to Kenya, went right to the field and arrived in time to document the arrival of Suyian, their first orphaned elephant. Since then, I have spent significant time at the sanctuary every single year, going back and spending months there. While I was there, I got to know all of the elephants and of course Shaba arrived. Shaba taught all of us how to be a better person, honestly. She was a matriarch and taught all of us important life lessons.

You mentioned that Shaba really saw you as an enemy at first, because the sound of your camera reminded her of the gunfire that killed her mother. How did you gain her trust?

She was traumatized by humans. Humans killed her mother. She had to  learn to trust them again. In the beginning, a wall of tires was used to feed her. Katie, this tiny woman, was the first to feed Shaba. She went into this wall of tires and Shaba was a big elephant – she could have killed Katie or any of the keepers. Katie gained her trust over time. It took time to gain her trust to be able to spend time around Shaba.

I just want to preface this by saying guests of Reteti are not allowed to get close to the elephants. The idea is that they are going to go back to the wild. I started working with them from the moment that the first elephant, Suyian arrived. Because I had been there, I knew every single elephant, every single keeper and it was just time. I think that the same lessons apply to humans as to orphaned wildlife. You don’t go rushing in, you let them come to you. It’s the same way that I behave when I meet people. I don’t rush up to them, I let people come to me.  Being an introvert, being painfully shy and quiet ended up being my superpower in my work, because it made me a good listener.

I do believe in the incredible emotional intelligence of animals. All animals have emotional intelligence and they have taught me a lot about empathy. Shaba did the same thing for all of these keepers. That is the big lesson of this story. The other big lesson is that we can overcome our fears of one another, learn to trust and love again. That’s what we need in this world. I honestly believe that if we look at animals and truly observe them, they are going to lead the way and show us how to coexist and have a healthy ecosystem where all of us can live and thrive.

How did the elephants’ and their keepers’ trust and acceptance make you feel?

That was the biggest moment for me. Shaba walked by and brushed me with her trunk. She used to be a little bit aggressive and all of the keepers would say, “Ami – Shaba move.” They were always getting in the middle of Shaba and I. It took a long time for her to accept me. It’s like when you feel like you have made a bond with a group of friends. I felt like wow, I’m in their tribe. I’ve been accepted.

The elephants, and I think the keepers would tell you that it gives us confidence in our own lives to sink into who we are, being authentic, being transparent. Elephants have a lot to teach. It takes time for us to know about each other, and once we do, it breaks down all of these walls. It’s just this beautiful moment of understanding and feeling connected to one another. I think the moment Shaba, the keepers and everyone else accepted me being there, I felt that deep interconnection between all of us.

How can voluntourism help endangered wildlife?

Reteti doesn’t take volunteers because the jobs create opportunities for the Samburu community. You can still go visit and it matters because it’s expensive to raise elephants. Those tourism dollars go back into the community, providing much needed employment so that all of those people don’t go to the cities looking for jobs. They can keep the ecosystem healthy and create a sanctuary for the orphans [elephants] so that they can return back to the wild. It gives them a vested interest in the elephants and all wild animals.

As tourists, we have a responsibility to research the places that we go and visit. Our tourism dollars can have  a huge impact in a very positive way. It can also have a negative impact on communities. It’s really important to investigate and make sure that you are going to places that are empowering and putting money back into communities.

TreadRight has a whole guide about how to be a more thoughtful traveler and make sure that the places that you are going to are not abusing wildlife. Be very suspicious when you go to a place and they let you pay for and take lots of selfies with these wild animals. There is a good chance that they took those animals out of the wild for money. They become these props for tourists, so be very careful about that. The TreadRight Guide is really important. We have a responsibility as consumers to be thoughtful travelers and to tread lightly in the world.

Be very sure about where you are going and who you are supporting. I know that TreadRight has lots of resources. Or go and visit Reteti which is the first community owned and run elephant sanctuary in all of Africa that also hires women. There are beautiful things that you can do, but it’s all about understanding our impact in the world.

I am starting a non profit called Vital Impacts to raise awareness and much needed funding for conservation. This fall, I will launch a print sale with some of the best photographers and fine artists in the world. Check back at www.vitalimpact.org

Finally, who is your inspiration?

There are so many people who inspire me, but the women of Reteti are role models to me. It is an honor to know them and to see them become the people that they are today. They have become role models for women all around the world.

Read Part 1 of our interview with filmmaker, photographer and writer Ami Vitale. 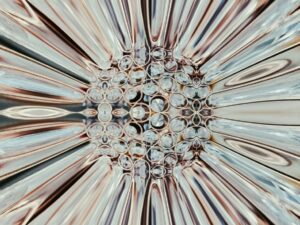 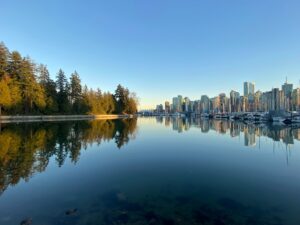 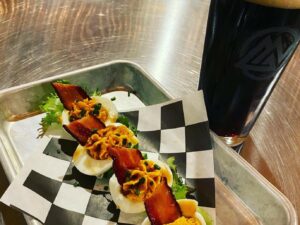 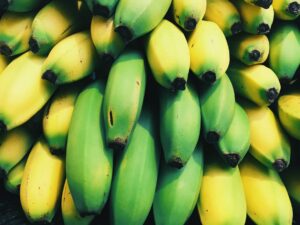 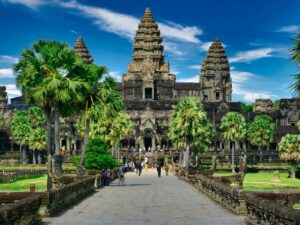 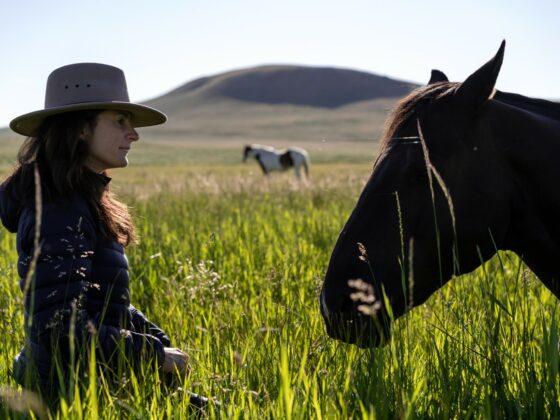 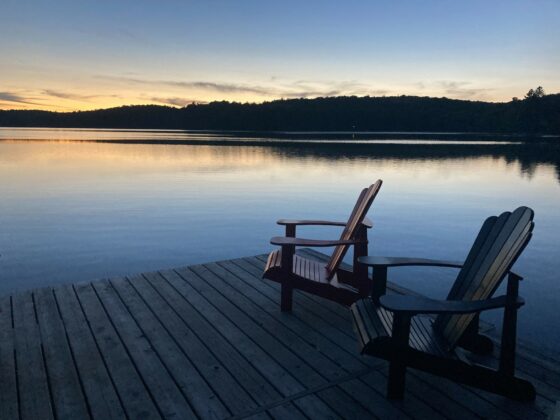